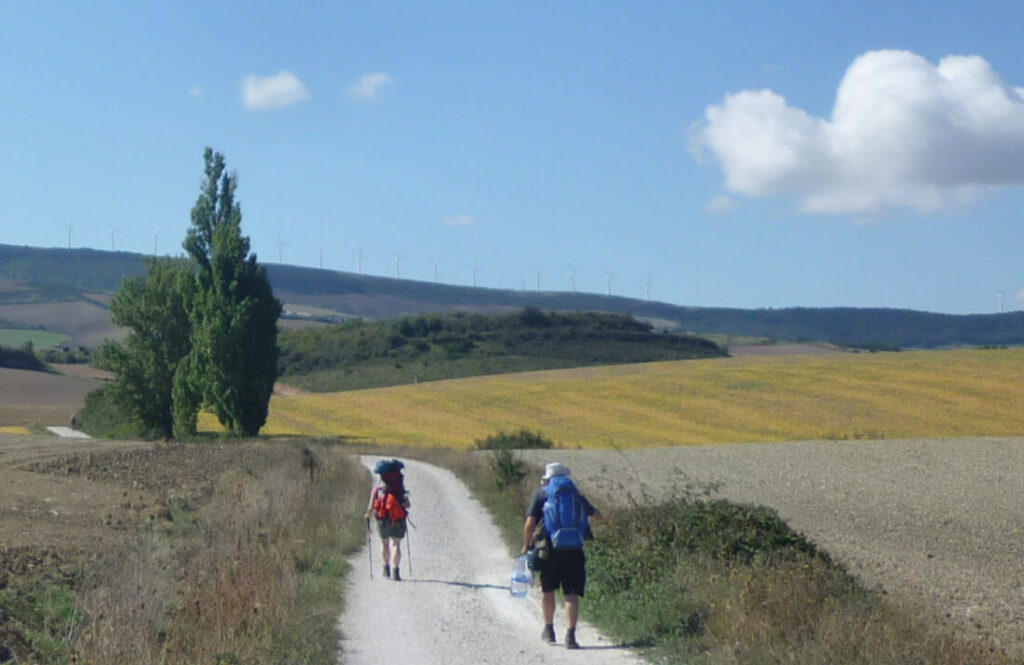 The hands get wet. Inside of you, everything starts to tingle. The stomach contracts a little. A smile appears on the lips. A mixture of nervousness, anticipation and fear spreads through the body. Adrenaline flows through the body. I love and hate the feeling.

“Dangerous situation associated with an extraordinary, exciting event that someone has to endure.”

This is the meaning of the word adventure, if you ask Google. No wonder it feels like this, as described above, when a new adventure is about to begin. You don’t know exactly what you’re going to do and, above all, you don’t know how it will turn out in the end. I think that is precisely what is so appealing to many about an adventure. Going down unknown paths and seeing what happens. However, it is also quite intelligent of our body to give us feedback with certain reactions that one or the other adventure might not be such a good idea. After all, we are supposed to survive and not die out. In this respect, I actually find it very exciting how different we humans are when it comes to the topic of adventure. There are people who love it and are almost addicted to the feeling of adventure, adrenaline junkies, so to speak. On the other hand, there are people who loathe adventure and prefer to have everything under control. And yet, there are also people who are somewhere in between. People like me.

I would say I’ve definitely had an adventure or two in the past and would say my tendency is perhaps more towards the group of people who love an adventure. It all started with the year in Canada, alone after graduating from high school. After that, other adventures followed: 2 months alone in India for an internship, a semester abroad in Krakow, hiking the Way of St. James, crossing the Alps, long-distance travels that are actually always connected with action-packed activities and, last but not least, the Femme Famos adventure. Just the thought of what I have experienced and the desire for a new adventure makes me hoof it like Indiana Jones before his next expedition. However, I have to admit that such an adventure doesn’t always bring only great emotions. Fear of the unknown is always involved. At the risk of sounding strange (I know I’m not old), I notice that the older I get, the harder it is for me to overcome this fear and actually realise the adventure. I wonder if it’s because, in addition to the great adventures I’ve had, I’ve also experienced that an adventure can sometimes not end so well? Or maybe it’s because of the ever-present negative headlines that we hear every day. Another aspect could also be that I am perhaps now at a point in my life where I have more to lose than before. Maybe. I don’t know exactly. I guess it’s a mixture of all that and probably also my background and disposition. My grandmother, who basically raised me a lot as a child, was a very anxious person. So I guess that can’t be completely dismissed either. As I mentioned earlier, a certain amount of fear is quite healthy and therefore perfectly fine. However, it can also spoil such an adventure.

Once upon a time, two years ago…

Two years ago, when all was still right with the world, my husband and I had planned a trip to Bali. We were really looking forward to the time off and of course to have an adventure or two while exploring the island. To minimise certain health risks, I had made an appointment with my GP to have a hepatitis A vaccination refreshed. I was actually a bit late with this, but it was still within reason. I had just changed jobs and forgot to make the appointment. In preparation for the holiday, I had also read about the rabies vaccination in the travel guide. However, I also thought, “Oh, nonsense, when we were in Thailand, the GP advised against it, it’s probably similar.” The appointment with the GP came, I got the vaccination I wanted, but my doctor also asked what about the rabies vaccination. I explained my thought process, which she unfortunately didn’t quite confirm. However, she also added that it was too late for the vaccination now anyway, as it wouldn’t work in time. Well, I didn’t think anything further at first. But then in the evening, while sitting on the couch, I started thinking about it and googling and researching. My thoughts circled “Oh God, dogs transmit it, but it seems to be reasonably safe in Bali. But monkeys transmit it too!” “Oh God, back in Thailand we met a monkey. It was really nasty and almost jumped on us. And in India there was also a situation with a monkey that was rather unpleasant.” “Great…when I’m in Bali, I’m guaranteed to be attacked by a monkey and die of rabies!” Well and so it went on for a week straight until the day we left. My husband and friends calmed me down. In fact, it got better, but the fear didn’t go away completely. As a result, we didn’t visit the “Monkey Forest” in Ubud. Today I find it a pity and think that I might have liked to see it after all. But my fear at the time kept me away and I suppose I wouldn’t go in there today without a vaccination. That’s all right, but I really didn’t need that week of panic pushing. I mean it didn’t ruin my holiday, but I wasn’t 100% carefree and it deprived me of one or two new experiences.

I want to be a rolemodel for adventurousness and courage

After this experience, I would now probably sort myself into the group of people who avoid adventures. But I don’t want that, don’t really see myself that way and certainly don’t want to see myself that way. Looking back, each of my adventures has brought me to where I am now. I have grown from them, developed personally, broadened my horizons and became the person I am as a result. The adventures were an important part of the journey of discovery to my fabulousity. Each of the adventures has contributed to me getting to know myself better and made my fabulousity shine brighter. I don’t want to miss that and I don’t want to give it away. Especially with the thought of an adventure waiting for me in the hopefully not too distant future (bringing a child into this world), the need in me to live out my adventurousness and not let myself be guided by my fear increases. Not because I think a child would take this away from me or limit me, but rather because I want to be a role model. I want my child to want to discover the world, to be curious and to have the courage to try new things in order to let his or her own fabulousity shine again and again. That’s exactly what I want to model (with a healthy dose of common sense, of course). This also includes sometimes overcoming one’s fear and not getting carried away with it. As with everything, I believe that you can practise this too. That’s why I’m now committing to an #AdventureChallenge. Until the end of our theme “adventures” which means until end of September, I will face an adventure every week and dare something new and unknown. I will then take you along with me on Instagram.

Would you like to accompany me? Or maybe join in yourself? Feel free to share your thoughts in a comment or, as always, email me directly.

Too inflexible for adventure?

At odds with goals

Down with the start-of-the-year stress trap